What is the Bradford Score?

Developed in the 1980s, the Bradford Factor has been helping businesses since by highlighting trends and early identification of sickness and absence issues.
Reading Time: 3 minutes 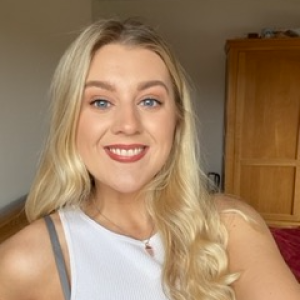 The Bradford Factor (or the Bradford Score) is a tool used to measure your employee’s absenteeism with a focus on highlighting frequent and short-term absences.

Developed in the 1980s, the Bradford Factor has been helping businesses since by highlighting trends and early identification of sickness and absence issues.

How the Bradford Score works

The Bradford Score (also known as the Bradford Index) was developed in the 1980s in the Bradford University School of Management to determine the effect an employee’s absence has on any given business. It acts as a deterrent to employees taking unnecessary sick days with procedures for managers to find and take action against consistent absenteeism.

Read how Chew On This improved operational performance with Bizimply, from better and faster scheduling, improved time off management and painless payroll 👇🏻

Check out the Bradford Score on Bizimply

For instance, let’s say you have two members of your staff that take sick days over the last 12 months: employee 1 has been out of work on six occasions because they were sick. These sick days account for 8 days of absence in total over the year.

Employee 2 has been absent on two separate occasions due to illness. These two occasions account for 16 days of absence over 12 months.

Can you guess who has the higher Bradford score?

Power to the employer

Using the Bradford Factor, employee B will receive a higher score than employee A. The Bradford Factor removes a large proportion of subjectivity from the decision making process surrounding sporadic absences.

If you are convinced that you are going to implement the Bradford Factor to your business, there are a few things you need to take note of. Where the exercise is a great way to view your employee’s absences, it is important that you do not treat each employee’s absences the same.

Generally, businesses will use it to spotlight employees with frequent short-term (and sometimes suspicious) absences. Managers utilising the math can monitor scores to see if some employee absences warrant further investigation or action; therefore acting as a deterrent to employees who take non-genuine sick days.

When using the Bradford score

Your employees’ Bradford score should act as an incentive to investigate short-term absences. Each individual’s health requires different needs, and managers need to take that into account. Employees who suffer from anxiety, depression and other mental health illnesses should be taken into account for sporadic days off.

While the Bradford Factor is good for collating data on your businesses absentee rate, it does not take tendencies into account like, days of the week most frequently taken off, and specific shifts missed.

Does the Bradford score work?

In short, yes, but it is not a magic pill that will solve all your businesses absentee problems. When implementing the Bradford Factor; your business should decide how it will be brought in and scored. If used persistently over a period of time, instead of acting as a magic pill, it acts as a preventative measure which will keep your business healthier for longer.